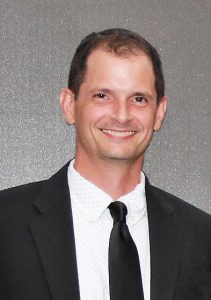 After spending his early years in Minnesota, Kevin traveled west and attended the University of Colorado at Boulder where he graduated in 1999 with a Bachelor’s Degree in Environmental Design.  Over the next five years, his understanding of the goals and aspirations for his career flourished. In 2003, he made the move back to the Midwest and landed at an architecture firm in Chicago, IL.  Under the guidance of Ronald P. Sorce and Sorce Architecture, Kevin learned the expertise of not just design, but the management and business behind architecture firms. His passion for the industry led him to pursue his graduate degree at Judson University, an architecture-centric university just west of Chicago.  During that time, his love for traditional architecture was cultivated by impassioned and dedicated educators that gave him the tools and principles that allowed him to succeed.  In 2012, Kevin graduated with a Master of Architecture Degree focusing on traditional architecture and urbanism.

After starting his career and family in Chicago, Kevin relocated to Jacksonville, Florida where he was fortunate enough to learn and grow under Richard P. Skinner, one of northeast Florida’s most prestigious architects.  Alongside Richard, Kevin further enhanced his skill in design, detailing, and client relationships.  Kevin’s work can be found in such publications as the Classicist, Jacksonville Magazine, and House Beautiful.

Combining his experience and unique philosophy of architecture, Kevin started KES Architects in the spring of 2018.  By bringing together meticulous detail, thoughtful design, and client-forward thought, KES Architects delivers a project that can be lived in as well as admired.